Detailed narration with a lot of pictures is at:

The Scandinavian YLs had invited from the 08th to the 10th of September, 2017 to their SYLRA meeting again to Sweden. As hosts alternate the five North European countries in firm order. Ten years before we had gathered in Oestersund (Middle Sweden). Now Kungsbacka should be the place of events. That is located on the west coast to the south of Gothenburg. With the help of the internet OM Hardy, DL3KWF, had quickly completed our plan: before the meeting one week in a Swedish summer cottage and afterwards again like in 2015 two weeks in Denmark near Faxe. A similar Swedish house in the green was found in Skrea, which is 80 km to the south of Kungsbacka.
The organizers of the meeting offered to me their club call sign SK6SYL to the first activation. And Inger, OZ7AGR, gave me also the OK for the third using of OZ6SYL. The suffix "SYL" stands for „Scandinavian Young Ladies Radio Amateurs“ – briefly SYLRA. 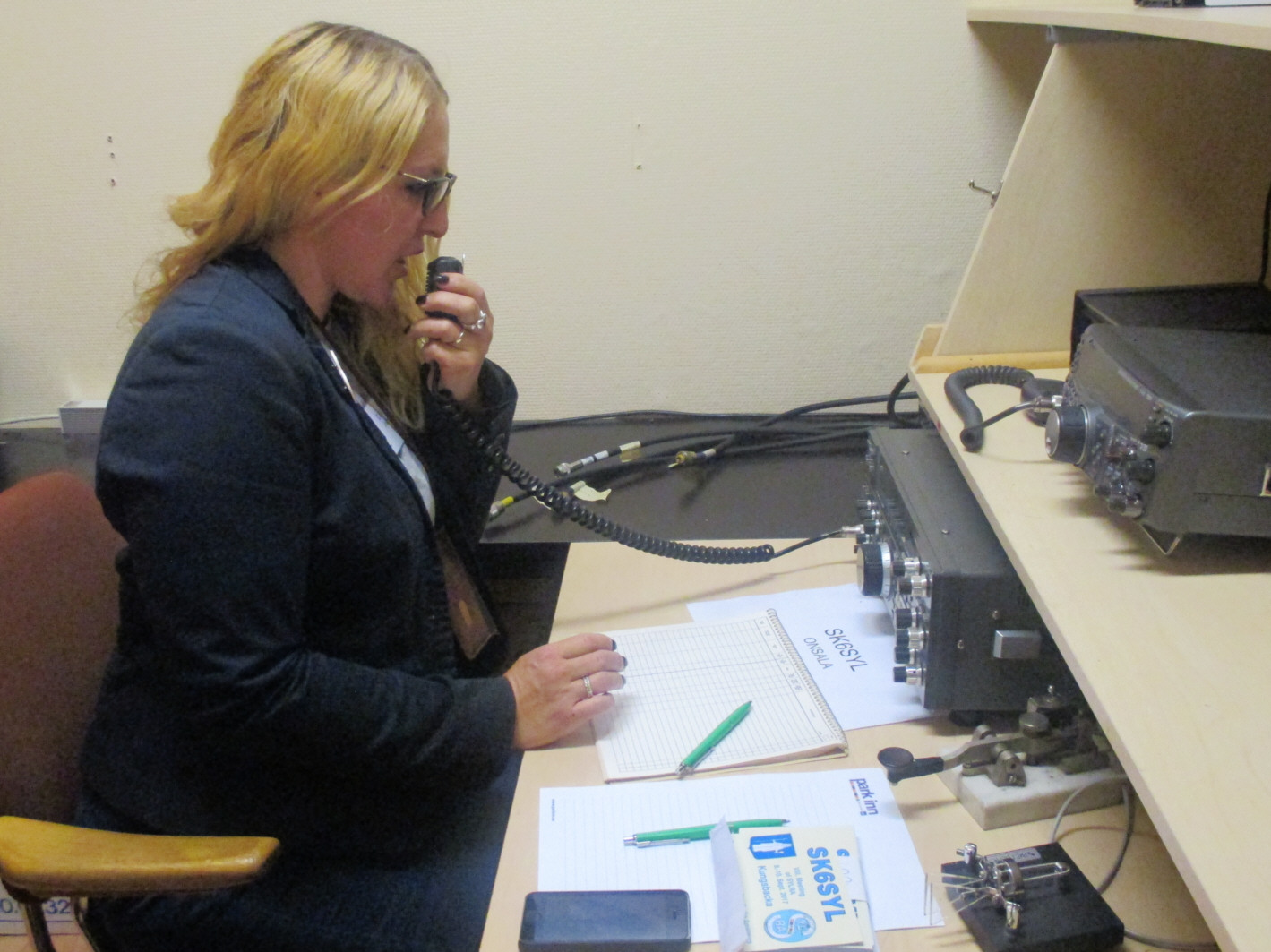 The often proven radio equipment IC-7000 with tuner AH-4, a 10-metre-long vertical aerial and a laptop with the programme Win-Test were fast built up. Laci, HA0HW, could bring on 30- meters the call sign SK6SYL as the first in his log. Up to onward journey to Kungsbacka was made QSOs in CW with 350 stations in 38 countries on 4 continents. Great joy – 8 YLs were among them!
Beside the operating it remained enough time for daily tours in the surrounds. Skrea is a very popular resort and is valid as Riviera of Sweden. The swimming season was over. Nearby in the small town Falkenberg we discovered historically sights: two churches and the municipal hall, where every midday at 12 o'clock a carillon sounded with a melody of Sweden‘s national singer Evert Taube. And from today's time enjoyed us the water works on the marketplace and a mini-house „anno 2017“ in an excessively blossoming mini-garden. The following episode speaks for the friendliness of the peoples: in search of the parking fee machine one explained to us „why? today is Sunday - parking is free“, only then showed to us the machine. We visited also the interesting open-air museum of Halmstad. There we saw historically farmhouses from the „Län“ Halland. These wooden houses with their thatched or grassy roofs prove that the Swedes have built ecologically already in formerly time.
Up to now each of the SYLRA meetings was a special and in its kind the nicest one. Thus was also this meeting incredibly, which Solveig, SM6KAT, and Anita, SM6FXW, had very well organized.
21 YLs and 13 accompanying OMs from 11 countries (DL-F-G-K-LA-OH-SM-TF-ZL) had arrived. They all were warmly welcomed by Anita in the Kungsbacka radio club SK6KY. SWL Arne intonated on his trumpet the respective national anthem. The programme was demanding and many-sided.
We visited at first near Kungsbacka the place Onsala, which is the QTH of Solveig and Bengt, SM6GDU. In the church from the 17th century and in the neighboring museum we got to know Onsala's varied hist 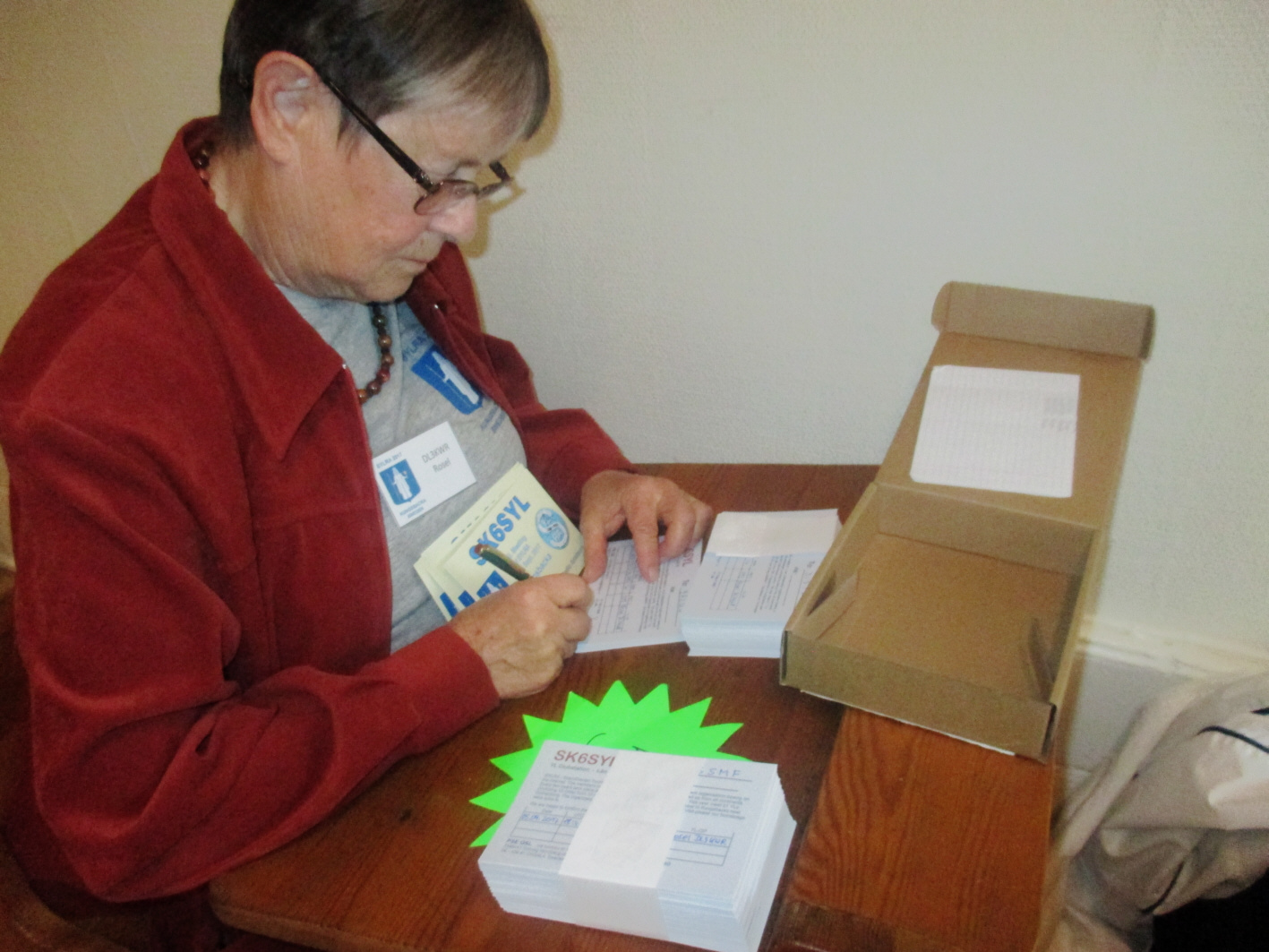 ory. After a Swedish "fika" (coffee break) we were expected in the Onsala Space observatory. Only had to be sure that every mobile phone was switched off! We saw and heard the newest from radio space science and were very impressed from the 20-metre and 25-metre telescopes. On the evening we were again at the radio club. This was the only possible chance to activate SK6SYL during the meet. But sorry, the condx was so very bad: only Joana, DJ5YL, succeeds in doing one QSO in SSB.
On the second day we went to Varberg, in the south of Kungsbacka, and visited the radio station Grimeton, which is opened in 1924 and counts since 2004 to the UNESCO world cultural heritage. It is the only been preserved arrangement of a worldwide network of 20 longest wave transmitters for wireless telegraphy connections: we could experience the
200-kW station SAQ with the six 127-metre high aerial towers fully in function. What for immense dimensions compared with our today's high-tech world! Also the club station SK6SAQ was ready for use and offered us the unique chance to operate at such historical place. Sorry, we had not enough time to work off the pile-up.
On the third day we experienced Gothenburg, second largest town of Sweden with an important harbor. After the vast sightseeing tour of the city we visited the radio museum with the club station SK6RM. Here one finds everything what deals with radio communication, from the beginnings till today. With SK6RM I had two QSOs from Madeira and two as special calls. 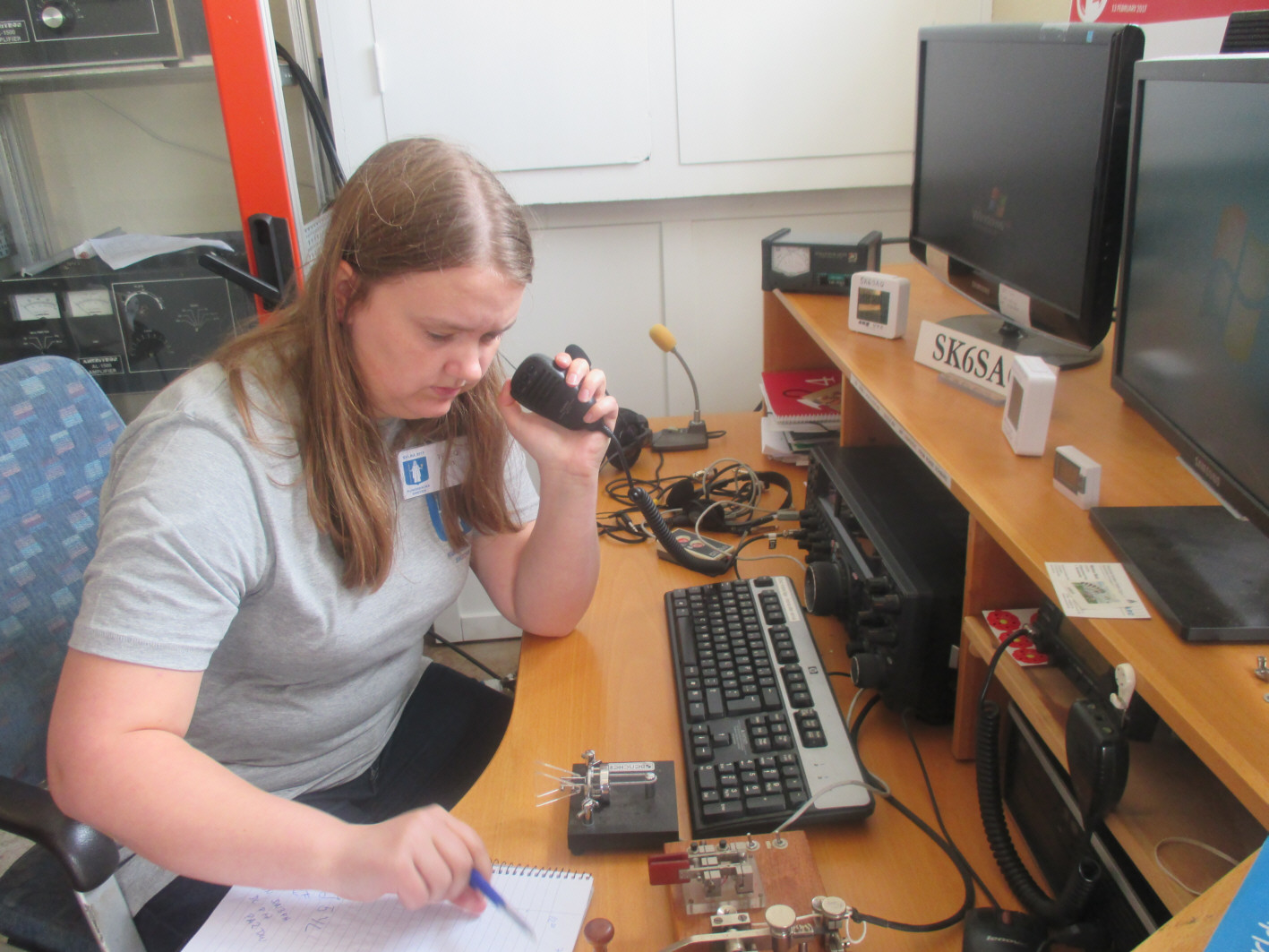 After the meeting we went by car to Denmark, how two years ago in the nearness of Faxe with its world-famous big brewery of the same name and the gigantic limestone quarry. Unpacking, shopping, construction of station and aerials, the first QSOs – is in known surroundings almost routine. In our holiday time fell the CW part of the SAC (Scandinavian Activity Contest) - also once more the chance to represent Denmark and SYLRA in this contest. Whether the 390 QSOs reach again to the best "Scandinavian YL" result? Daily new QSOs came in addition and it was very helpful to be announced in DX clusters. Often called me stations with which I had already worked in contests or from Madeira. The mutual joy at the renewed rehearing provides for one the nice feeling to be really „in the world“ – as well as it expresses the logo of the YLRL. The time in Denmark ended with further 300 QSOs, so that finally all together more than 1100 QSOs were logged.